Did you know …. Haringey was where cinema first started? 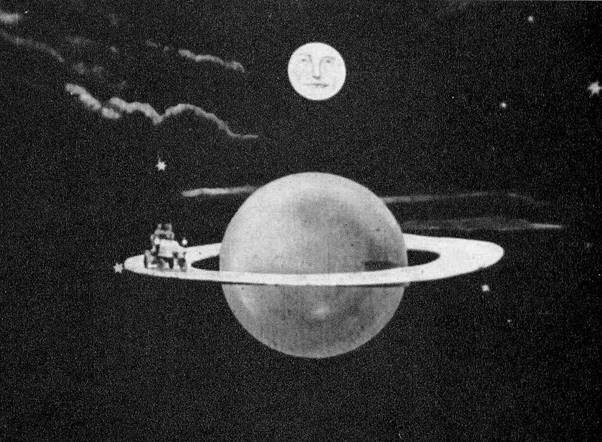 Haringey residents visiting their local cinema or, for some, working in film and screen today, may not realise that they have to thank a couple who lived in Muswell Hill over 110 years ago for creating ‘cinema’. In today’s post we thought we would link you up with some very early film, to take a short wander about Victorian Muswell Hill.

Pioneering local filmmaker Robert Paul and his wife Ellen built Britain’s first film studio on land in Muswell Hill, in 1898. The films they made over the next years laid the basis of nearly everything we know in cinema – comedies, chases, dramas, and magical ‘trick films’.

Last year, in April 2019, at Bruce Castle Museum, you may recall we opened the interactive exhibition ‘ANIMATOGRAPH! How cinema was born in Haringey’. The exhibition started in Haringey and then completed a tour in 2019 of other venues, ending up at the National Science and Media Museum in Bradford.

Curated by early film expert Professor Ian Christie, of Birkbeck College, University of London, (and Ian happens to be a Haringey resident as well!), this exhibition celebrated 150 years since Robert Paul’s birth and captured, through its interactives and narrative, the thrill and magic of the first moving images. In the exhibition we could find out more about Robert Paul’s story, see his first films and learn about his pioneering work. It certainly put the spotlight of the origin of cinema firmly on the everyday suburban streets of Muswell Hill – the Pauls’ very own neighbourhood (they went on to live at number 43 Sydney Road, Muswell Hill).

We can read more about Paul below, with extracts from Ian Christie’s summary introduction to the graphic novel ‘Time Traveller: Robert Paul and the Invention of Cinema’ (2019), as imagined by graphic novel artist ILYA. (The graphic novel is in our collections, but you can now ‘turn-the-page’ with this online version of the graphic novel here). But let’s now hear from Ian:

“Robert Paul (1869 – 1943) became the leading pioneer filmmaker in Britain largely by accident. Inventors had been trying to make images move in a life-like way for at least 100 years. Around 1890, many moving-picture devices were patented. But it was Thomas Edison’s Kinetoscope that reached a paying public in America first, early in 1894.

Paul created a projector in 1896, known as the Theatrograph or Animatograph ….. “Animated photography” quickly became a novel attraction around Britain and across the world.

With more producers appearing, Paul built a studio in Muswell Hill, allowing him and his wife Ellen to make more elaborate story-films. Some of these have survived, such as ‘Scrooge’ (1901), showing that Paul pioneered on-screen titles and many special ‘trick’ effects. During the Anglo-Boer War in South Africa of 1899-1902, he developed many new kinds of film-making, including documentary. He developed these skills, filming his ‘documentary’ on Muswell Hill golf course.

The market for films and equipment continued to expand in the early 1900s, led by French, American and Italian companies. Paul had produced over 800 films of many different kinds (most now lost), but by 1909 he saw that he had to choose between his electrical instrument business and investing to remain competitive in cinema. He decided to quit film, in favour of the rapidly expanding electrical industry…..

… Compared with Edison and the more famous Lumieres, and the other British pioneers in film such as Cecil Hepworth and George Albert Smith, Paul’s contribution to creating the international film business has often been overlooked. Celebrating the 150th anniversary of his birth during 2019 is intended to focus attention on the achievements of an energetic and inventive figure in to major industries that have shaped the modern world.”

The Motorist – one of Paul’s films using ‘tricks’

So, why not grab some popcorn (if you have any!), sit back and relax, and explore the online resources, lectures and films about Robert Paul:

You can also check out Ian’s blog Paul’s Animatograph Works here. If you scroll down, you will see news from Ian as he updates us on new books and also new discoveries and developments being made as film becomes digitised – including last year’s unveiling of Robert Paul’s 1906 film in its original colour, shown here by the BFI.

This link is unusual as it shows Paul’s films and helpfully identifies the streets in Muswell Hill where they were filmed.

Here is also a link to the 66 known films by Robert Paul that survive, listed in chronological order.

If you would like to do an Activity – suitable for older and younger audiences – take a look at our Activity sheet attached. It shows you how to make your own flip book, where you can experiment with making your own drawings come alive and create your own moving image and optical illusion.

Thumb’s Up for the (Penny) Posties