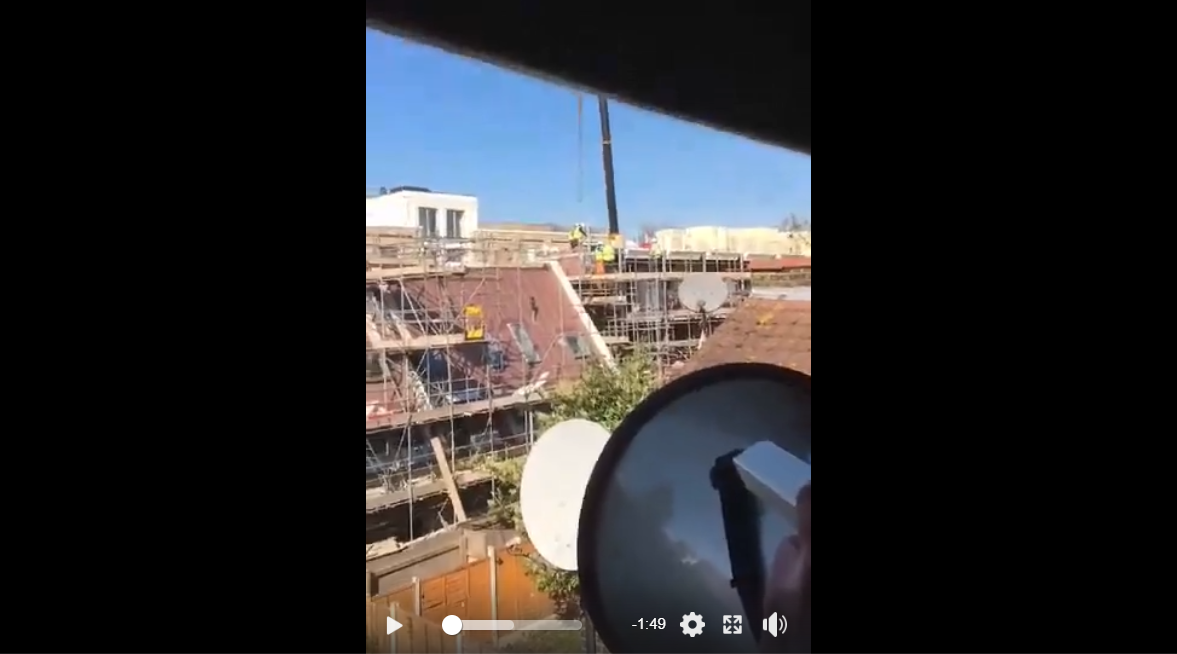 Residents of Keston Road, who live within sight of a development in progress next to Downhills Park, were unimpressed by the manager’s apparent lack of concern for the workers’ health.

They noticed that the workers seemed to be operating closer than two metres apart from one another, despite government regulations. In response, the residents staged a megaphone protest, calling for the site to be shut down and for the workers to be paid.

“Shut this site down! Pay the workers!” they chanted to the manager across the rooftops.

One of the protesters, Simon Hester said: “Me and all the neighbours have been watching them build this site and over the last few days we’ve seen lots of workers working very closely together.”

The development is overseen by the contractor HG Construction, which employs workers on a freelance basis for their client, property developers Pocket Living.

At first the protesters wrote to HG Construction’s management, expressing their concerns that the workers were not able to remain at least two metres apart. It was in this letter that they initially asked for the site to be shut down and for the workers to be paid.

However, after sending their letter the workers remained working at close quarters and active on the site.

“So I thought, sod this I’m going to broadcast out the back window,” said Simon.

“When we held the picket this morning, the site manager was rude and aggressive,” he added. “The workers were very supportive though. They were saying, ‘If we don’t turn up we don’t get paid. What can we do? We are self-employed.’ So they are caught in a trap essentially.”

For the moment the site remains open and workers continue to operate closely to one another.

How to help your community during the coronavirus lock down