With the return of the new Premier League football season for 2020/21 starting today on Saturday, September 12, we thought we would look back to the origins of the local premier football team, Tottenham Hotspur Football Club, and a new book that has recently been published.

In mid-July the eagerly awaited publication of The authorised biography – Bobby Buckle: Spurs Founder and First Captain by Christopher South finally arrived on people’s doormats through the post. And, as a declared non-football fan, I can certainly say that this is a most welcome, delightful, well-researched and very interesting read for both fans and non-fans alike. The story focusses on the local lad, Bobby Buckle (1868-1959) who, as the title indicates, was one of the groups of boys who founded what was to become Tottenham Hotspur Football Club. 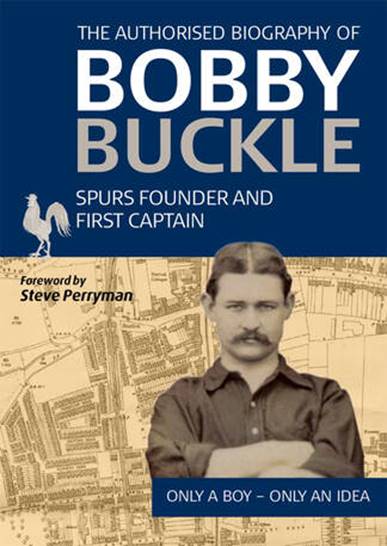 The book uses previously unseen archives from the Buckle family, Spurs and, of course, Bruce Castle Museum as it skilfully weaves together the local history, the school history with football history. It relies on family reminiscences handed down through the Buckle family alongside those of Ken Barker and Christopher South, the grandsons of Bobby’s lifelong friend Samuel South, and to marry these up with original primary sources. And no founding story about THFC would be without the almost legendary tale of the boys meeting under the lamp-post in Tottenham with their youthful idea to play football – becoming the staple of any Hotspur narrative. However, it must be remembered this is not a history of the Club but the first biography of one of the most important key players of its foundation. The life-story of Bobby Buckle and his contribution to Spurs’ history has been overlooked – until now.

Without revealing too much from the book about Bobby Buckle’s story, instead we thought we would draw on a few items from our collections that look at that early period of history for Tottenham Hotspur and Bobby. First off, here is a 1950s re-telling of the lamp-post story, as printed in the Gestetner Head Office News magazine, beautifully designed and produced by Gestetner’s factory in Broad Lane: 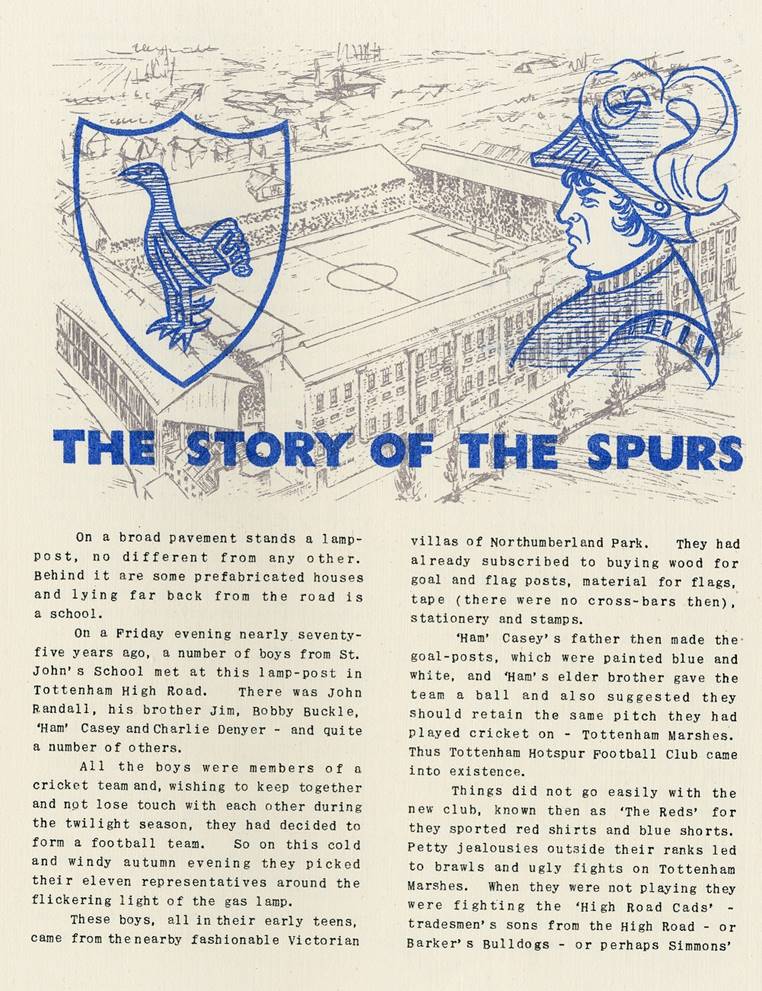 For any Gestetner employees who were Spurs fans, we are sure they would have been delighted to read this back in the ‘50s. But for any eagle-eyed readers today who know, there are some errors or omissions in this version of the story. In 1882 when this event described above actually happened, Bobby Buckle, for one, was 13 years old. And we know at that age he was attending Tottenham Grammar School. A good point about the new Bobby Buckle book is that it provides the forensics to this story and attempts to iron out the errors where they have crept in and are a little wrinkly (like the above).

Below is the entry for Bobby Buckle as a pupil in the Tottenham Grammar School Admissions Register. It was 1881 when he started there at the age of 12.

Clearly, visual evidence is lacking from this early period which might have shown, for example, what the matches might have looked like. The Gestetner Head Office News narrative (above) was great for filling in such gaps, providing us with imagined views of how things may have been. In this illustration below, an artist has interpreted the scene of spectators crammed into an old wagon to watch a match, presumably when the football team played on Tottenham Marshes. This basic ‘spectator stand’ would have helped get some height over the proceedings (and a far cry from the stands we have all come to know in the growth of football stadium). 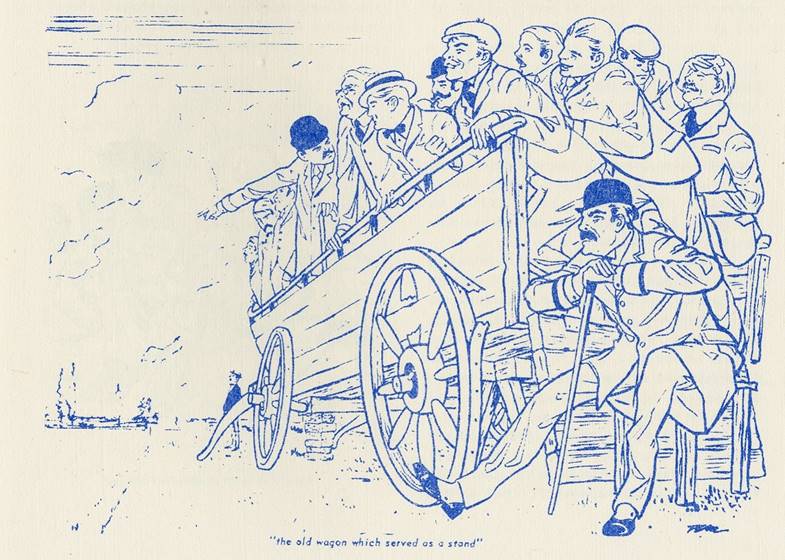 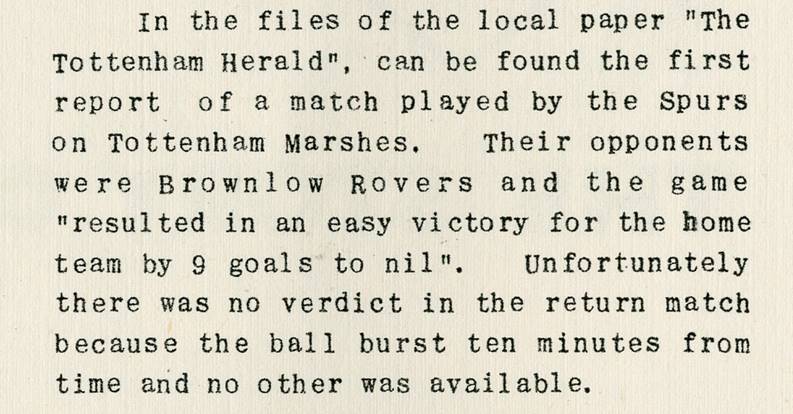 Oh dear! Although the footballs used at the time might not have been reliable, there are plenty of contemporary football commentaries in the local newspapers that can be relied upon (usually) and help us in the recording of the scores or providing fuller write-ups of their games, such as the one below.

From the school admission register above, you will have noticed that the address given for the Buckle family in 1881 was White Cottage, White Hart Lane. It remained the family home for many years and Bobby himself was living there until 1901, as you can see in the Census of 1901 below when he was listed as aged 32 and a solicitor’s clerk:

The Grade II listed house White Cottage still stands today at 7 White Hart Lane near the corner of Tottenham High Road. With its façade recently restored under the North Tottenham Townscape Heritage Initiative, it has been the focus in the past few years to get more recognition for Bobby Buckle with a Blue Plaque. You can read more about the campaign here.

The year 1901, when the Census was taken, was also significant for Bobby Buckle. He got married to Ethel Brown, he moved away from Tottenham and his beloved Spurs won the FA Cup (you can watch this short film compilation here, which includes contemporary footage of this classic match). 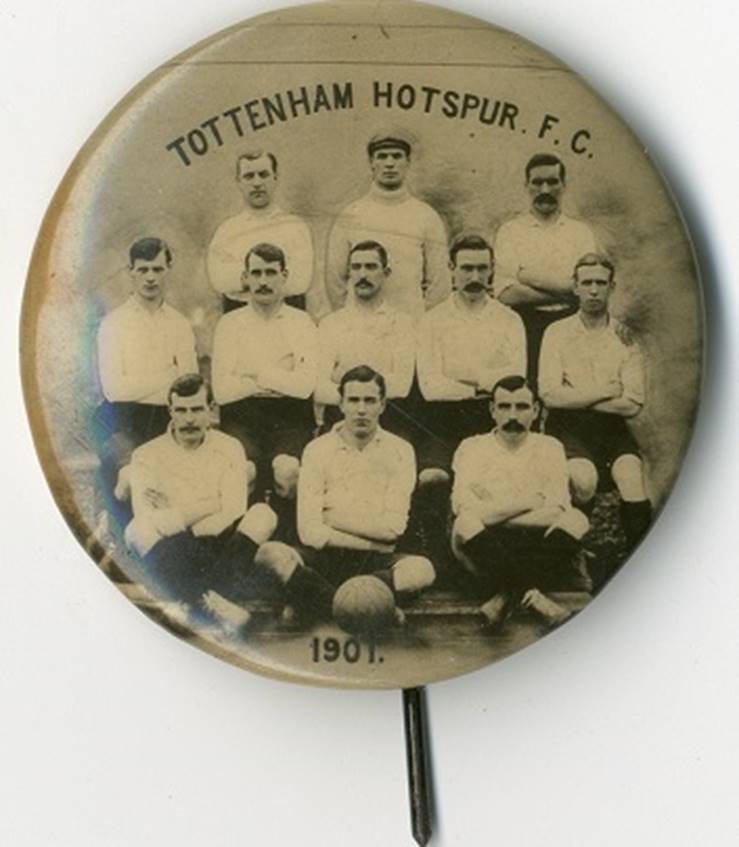 You can of course read more about all this by actually getting the book (details here)! Or you can also hear Bobby Buckle’s grandson Michael Mackman talking on a Spurs podcast (45 minutes) about White Cottage, the Blue Plaque campaign and the importance of writing the book all about his grandfather – you can click to listen here:  ‘The First Spurs Legend’.

We will generate a little more temptation to see the book’s content (or indeed the podcast above) by showing the photograph below of Trafalgar House (seen in 1900), which was once the home of Joshua Pedley, a prominent lawyer and important local philanthropist who was very heavily involved in public life in Tottenham (some of you may already know about him buying Bruce Castle and its grounds in 1890 – his photographic portrait was given to the Museum and is on show in the galleries). Pedley played a significant role in the Buckle family’s life, and without this one might question if the emergence of the football team and the Club might ever have happened. 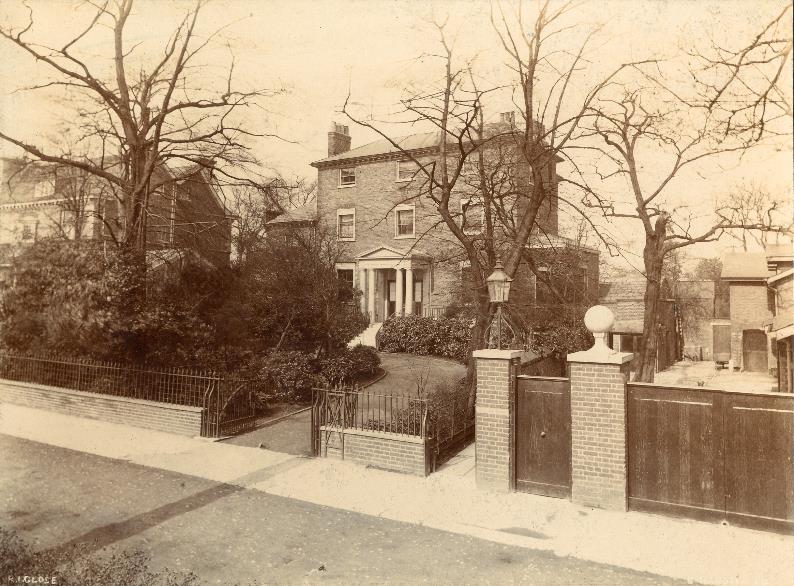 A few last notes. The author Christopher South, as you can tell by his name, is from the family who ran South & Sons potteries along White Hart Lane. We have already heard in previous posts during lockdown from Ken Barker, another South family member, and his wonderful contributions about the potteries and also his family connections with the football club – he was also part of the research team in writing the book. And finally, this book would not have happened if it was not for Philip Nyman, Arthur Evans and Barry Middleton who all went to Tottenham Grammar School, like Bobby before them, and who generated the campaign for the plaque for Bobby as well as tirelessly finding essential references in documents at Bruce Castle to bring the biography together and published. Joining up with Michael Mackman, Bobby’s grandson, the book is testimony to great teamwork to make something happen – we imagine not dissimilar to the vision of those young lads like Bobby who wanted to play football as a team in 1882.

Enjoy the new football season and the weekend.

Take care, keep to those socially-distanced rules and stay safe and well

Best wishes from us all at Bruce Castle