The  Big Garden Bird Watch – the annual bird survey organised by the RSPB that takes place over the last weekend of January. The RSPB invites us to get involved and help by spending an hour counting the birds that visit your balcony or garden – and then simply feed back your results to the RSPB! Just follow the link above to see what you can do to join in and learn more about the birds in our gardens and how you can attract them to your green spaces …. The survey is very straightforward, doesn’t take long and you can do ‘your bit’ by helping with this national count of birds – maybe something you can do this Sunday?

Last summer you might have already been inspired to take up a spot of bird-watching when local resident and internationally-renowned wildlife photographer David Cottridge kindly shared the twitching history of his late friend and fellow Haringey resident Eric Hosking. An eminent and world-class ornithologist, Eric Hosking had lived at 20 Crouch Hall in Crouch End from 1939-1991. If you had missed that – or just want to be reminded – you can catch up again with David’s post An Eye For A Bird (after Eric’s book of the same name) here. 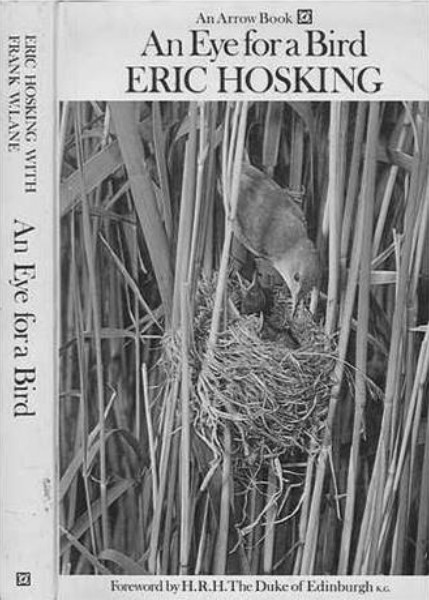 From the collections of Bruce Castle Museum & Archive

If we look back further, beyond the 20th century, we can find more ornithologists or those interested in the wildlife and nature around us, having lived in or been associated with the borough from previous centuries.

Priscilla Wakefield (1751-1832), the Quaker and children’s author, made sure that birds were included in her books, as she endeavoured to popularise the study of science, especially with young women and girls. We can see this extract (below) from Instinct Displayed In A Collection of Well-authenticated Facts, published in 1811, where the characters in the book talk about particular water-fowl to be found around marshes. We wonder whether Priscilla looked to the Tottenham marshes, not far from her home, for her own research for the book? 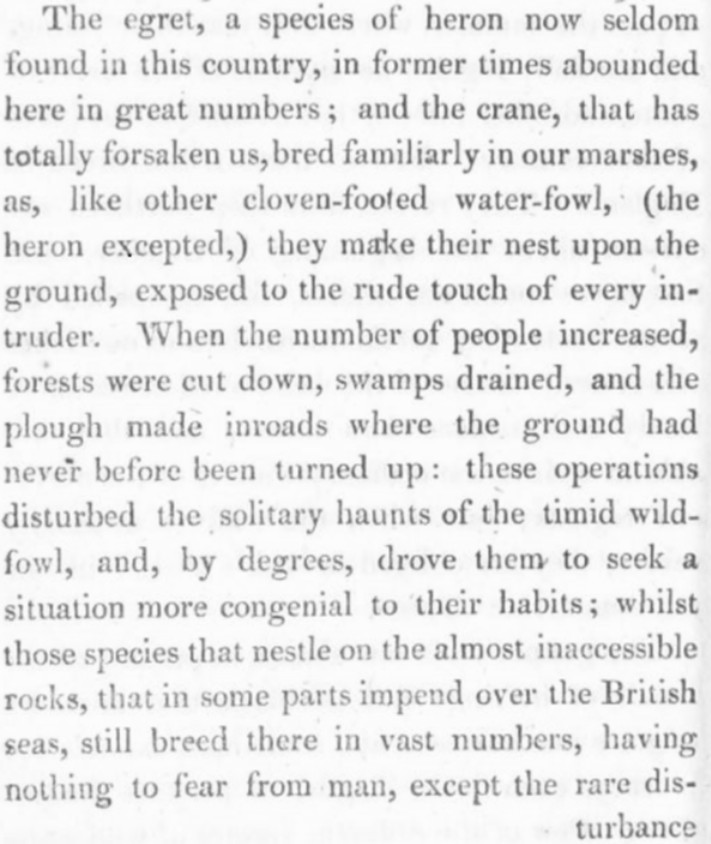 From the collections and © Bruce Castle Museum & Archive

In Muswell Hill, the Victorian ornithologist and adventurer John Whitehead (1860-1899) was born in Colney Hatch Lane. He died young, but the biographies of his short life show that he packed a lot in. Although sick as a youngster, he was from a wealthy family who were clearly in a very privileged position to help him, and much of his life seems to have been spent in different places, especially China, Borneo and the Philippines. 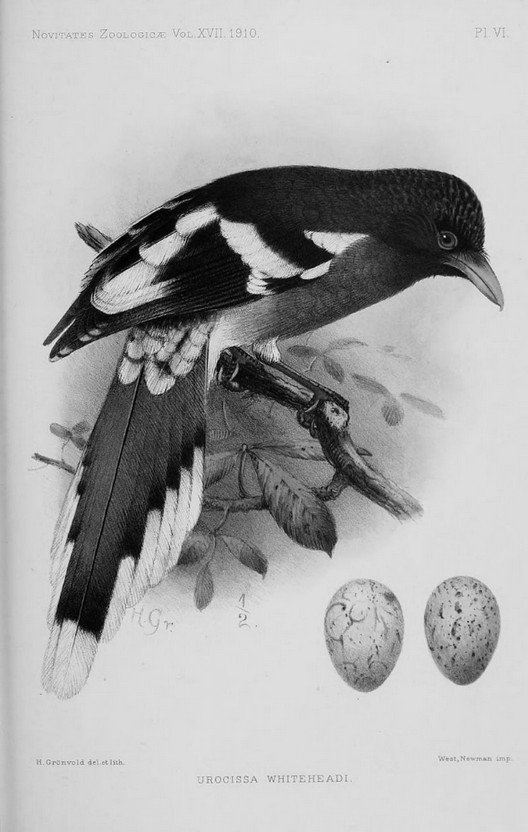 Financially supported in his exploits, Whitehead experienced life to the full – one that few at that time could ever imagine. He climbed mountains, and recorded animals, insects and birds not previously known to naturalists in the western world. A number of species were named after him, including the white-winged magpie or Hainan magpie (Urocissa whiteheadi) that he saw in China (above). It is to be noted of course that this re-naming of the bird is in Latin alongside its typical name in English. It does not record or give reference at all to the given name for the bird in either Mandarin or Cantonese (even in any anglicised form) – all part of this process of ‘discovering’, collecting and renaming by European naturalists. Articles and observation reports from his travels in the 1880s can still be seen in the International Journal of Avian Science (far below). 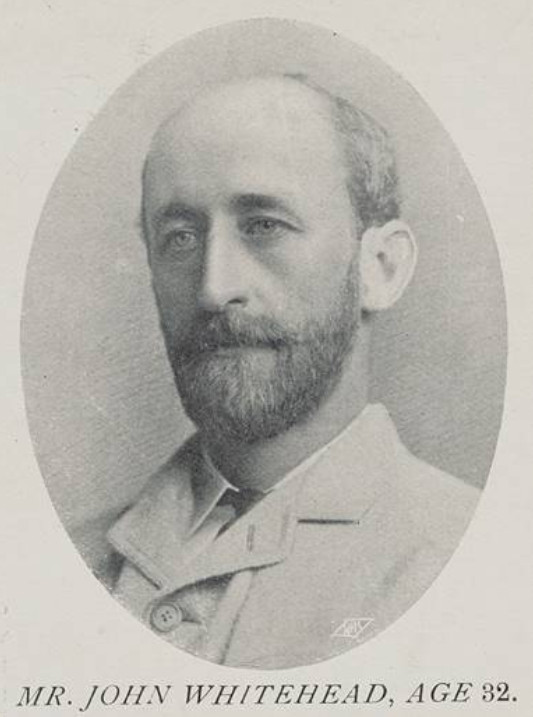 From the collections of The Library of Congress

The popular naturalist, zoologist and Fellow of the Royal Society, Philip Henry Gosse (1810-1888), along with his wife Emily Bowes (1806-1857), a poet and painter, and their son (Sir) Edmund Gosse (1849-1928), also a poet, author and critic, were all involved for a while in the assembly of the Plymouth Brethren at Brook Street Chapel in Tottenham during the 19th century. Philip Gosse was possibly best known for his significant contribution to marine biology and introduced the first aquarium to this country, but he also added to western Victorian scientists’ knowledge of ornithology, with his study of birds from Jamaica, produced as a trilogy.

Gosse held anti-slavery views and, given his religious convictions, was acquainted with abolitionists but went to Jamaica in the 1840s, only a decade after the Slavery Abolition Act of 1833, to study birds and other wildlife on the island. Such an extravagant journey was not completely different in its aims from other Victorian colonialist scientific expeditions in ‘the pursuit of knowledge’. It is said he worked in complete solitude and immersed himself in the beautiful Jamaican countryside. This secluded existence for Gosse was described by him as one of the happiest periods of his life, with his preference for working continuously with limited contact with others. He had little money, but of course he was unlikely to have experienced any particular hardship. He kept himself to himself to observe the natural world, on this his self-appointed task. Unlike other naturalists and scientists of that age, Gosse was interested in recording the behaviour of living creatures in their own habitat, not purely observing them as ‘stuffed and dead’ (although he did also collect species too that were sent back to the UK ). And it is this different approach to recording the behaviour of birds that makes Gosse’s publications unique at that time. The trilogy on Jamaican birds was never reprinted and these books are now a rarity. Over 150 years later, the Institute of Jamaica published a repurposed version of Gosse’s Jamaica in 1984, bringing it more up-to-date and readable for modern viewers. You can find out more here from the Caribbean Beat (1996). 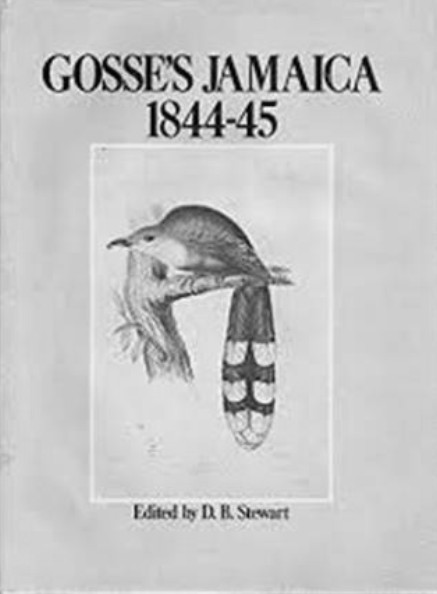 Although it does not look as though he ever lived locally, the noted amateur ornithologist Henry Eliot Howard (1873-1940) was a member of Tottenham’s Howard family, the well-known chemists and scientists; he was the grandson of John Eliot Howard and great-grandson of Luke Howard, both also Plymouth Brethren at Brook Street Chapel, just like Gosse. Publishing under the name Eliot Howard, Henry was also interested in and known for his recording of the territorial behaviour of birds in the UK.

Bird-watching is a very different activity nowadays – open to everyone to discover and explore for themselves, in their own localities. Back in the 21st century, the Friends of Tottenham Marshes participate in bird surveys regularly. We are very lucky to have such a group where you can find out more from their specialist knowledge and the expertise of David Cottridge, by participating in activities to learn and understand the bird-life of the marshes (obviously only when it is safe to take part in such activities again). We are also very lucky to have the nature corridors of the Lea Valley Park, with the Tottenham Marshes and the Walthamstow Wetlands in the east, as well as the Parkland Walk, Highgate Wood and Queen’s Wood in the west of the borough, with all the local parks in between – as important green and open spaces to spot wild bird life.

So do have fun, learn something new about the birds in our green spaces and perhaps this weekend see if you can help the RSPB with their survey.

With best wishes from us all at Bruce Castle

Previous PostThe new OPEN OUT Gallery at the Castle is an art project where you can enjoy works by local artists, outside.Next PostWe Have Always Been Here